WASHINGTON — The US Department of Justice (DOJ) on Monday finished examining documents seized in the raid of former President Donald Trump’s Mar-a-Lago residence in Florida.

The completion of the review could undermine Trump’s legal team’s efforts to prevent any such examination of the documents until a third party is appointed to review them.

This comes just days after a federal judge in Florida on Saturday signaled she could appoint a “special master” to review some of the documents obtained in the raid.

US District Judge Aileen Cannon, who had been appointed by Trump himself, did not order a review but rather said she had a “preliminary intent” to do so.

That was after the judge heard arguments in her courtroom on Thursday.

Trump’s legal team had filed a request last week for a third party to look over the documents that the Federal Bureau of Investigation (FBI) agents obtained during the Aug. 8 raid of the former president’s Mar-a-Lago residence.

The FBI raid of a former president’s home sparked outrage from Republican lawmakers and conservative media.

The FBI claimed it had “probable cause” that warranted a raid, as the bureau believed it would find “evidence of obstruction” — a crime in the United States — at Trump’s residence.

Trump’s legal team said the search was too broad and noted that agents whisked away the former president’s passports.

On Friday, Bruce Reinhart, another federal judge, ordered the release of a copy of the search warrant affidavit that allegedly described how agents in May had discovered nearly 200 documents that were marked according to how secret they were. Those documents were located in boxes at Trump’s Florida address.

But the affidavit was so heavily redacted that entire pages were blacked out, according to US media.

The affidavit said 25 of those documents were labeled “top secret.” Sixty-seven were marked as “confidential” and 92 labeled “secret.”

White House press secretary Karine Jean-Pierre on Monday emphasized that the FBI is conducting an independent investigation and that “we have not been involved.”

That came after critics’ accusations that the White House is using the DOJ — whose head was appointed by US President Joe Biden — to prevent Trump from running for re-election against Biden in 2024.

Meanwhile, Trump on Sunday took to Truth Social, the social media platform he founded, to claim the FBI and DOJ were engaged in election interference “at the highest and most dishonest level our country has ever seen before, both in the Midterms, and the 2024 Presidential Election.” 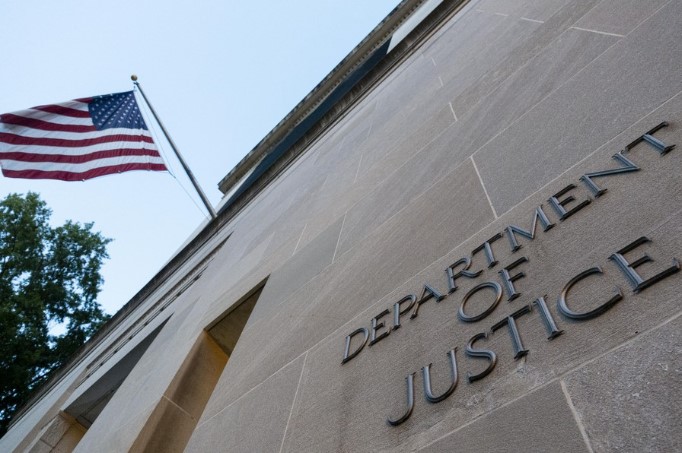 That followed a Trump post on Saturday that the FBI raid was a “disgrace to our now Third World Nation!”

Trump called the raid an “unprecedented, unnecessary, and unannounced FBI/DOJ Raid (Break-In!) of my home, Mar-a-Lago. This assault was done for political purposes just prior to the Midterm Elections (and 2024, of course!). It is a disgrace to our now Third World Nation!” Trump posted.

The FBI raid has caused a GOP uproar, with Republican lawmakers alleging that the action has turned the leader of the West into a “banana Republic.”

Republican Florida Governor Ron DeSantis labeled the search “another escalation in the weaponization of federal agencies against the Regime’s political opponents.”

“It is important for us to know at some point how at risk our national security was,” Pelosi said, as reported in NBC’s San Francisco Bay Area’s local affiliate.

Brookings Institution Senior Fellow Darrell West told Xinhua the DOJ “made repeated efforts to secure the return of sensitive documents, yet it took an FBI raid actually to get key documents.”

Clay Ramsay, a researcher at the Center for International and Security Studies at the University of Maryland, told Xinhua that what Trump has gained is a “return to the spotlight and a fundraising opportunity.”