The drought and heat waves in Europe that have sparked wildfires, withered crops and taken lives have created the continent’s most severe water shortage in 500 years, according to the European Union’s Global Drought Observatory, or GDO.

In its latest report, the organization said two-thirds of the continent is now covered by some sort of drought warning or restriction.

“The severe drought affecting many regions of Europe since the beginning of the year has been further expanding and worsening as of early August,” the report said.

The European Commission, the EU’s executive that oversees the GDO’s work, said experts fear the tinder-dry conditions could last until November in some southern regions.

Mariya Gabriel, the bloc’s research commissioner, said the situation has put “unprecedented stress on water levels in the entire EU”.

“We are currently noticing a wildfire season sensibly above the average and an important impact on crops production,” she said. “Climate change is undoubtedly more noticeable every year.” 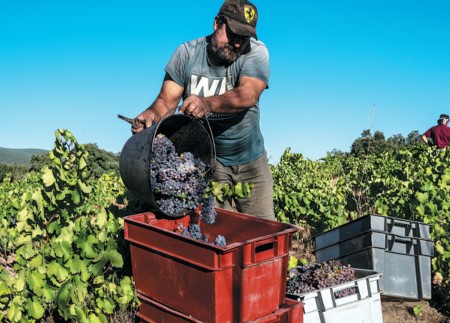 The report’s authors found that heat and lack of rain had dried the soil throughout 47 percent of Europe, and that the levels of almost all of the continent’s rivers were lower than they should be.

And they said 17 percent of the continent currently has vegetation that is showing clear “signs of stress”.

The GDO noted that the lack of water will inevitably hit crop yields, with maize predicted to be 16 percent down on the usual level, and soybean harvests anticipated to be 15 percent down. Sunflower yields are also likely to be light, probably by around 12 percent.

It also said the drought conditions have even hampered inland shipping, with vessels that use major waterways such as the river Rhine now carrying less weight because of low water levels.

The drought comes amid longer-term unprecedented warming in Europe, which has seen temperatures rise more quickly than they have globally.

And scientists said glaciers in the Alps mountain range are currently melting at a record pace.