A compensation agreement has been reached between the German government and the families of 11 members of the Israeli Olympic team who were killed at the 1972 Munich Olympic Games, just days before the 50th anniversary of incidents that claimed their lives.

In what remains one of the darkest days in the history of the Olympic movement, members of the Palestinian organization Black September gained access to the athletes’ village and took Israeli team members hostage, with two of them dying almost instantly.

The other nine victims died during a gunbattle with German police at a nearby airfield, during a botched escape attempt by the hostage takers, with the whole incident witnessed by international media organizations that were there to cover the Games.

Zvi Zamir, former chief of the Israeli intelligence service Mossad, said at the time that the German police “didn’t make even a minimal effort to save human lives”, and it is claimed that Germany had opted for a low-key security presence in a bid to dispel the memory of the 1936 Berlin Olympic Games, which were used as a vehicle to promote Adolf Hitler’s Nazi regime.

The deal is worth 28 million euros ($28.05 million) and comes after families rejected an earlier offer and threatened to boycott events to commemorate the tragedy.

Ilana Romano, wife of weightlifter Yossef Romano who was one of the first people killed, told Israeli public broadcaster Kan that the initial offer had been “degrading”.

Ankie Spitzer, wife of former Israeli fencing coach Andrei Spitzer, told The New York Times that if the families did not attend the commemoration for the 50th anniversary of the massacre, then neither should Israeli President Isaac Herzog, “because if he is there, even to lay a wreath, it will legitimize” Germany’s role in the incident.

Herzog said the compensation deal was an “important step” by the German government. 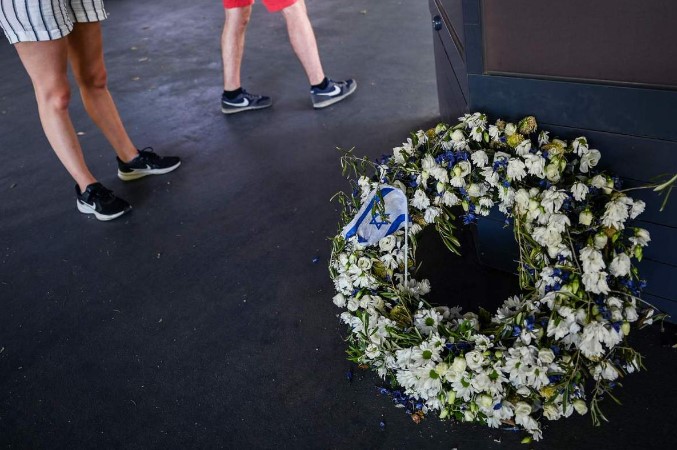 In addition to the payment, the German government said previously classified documents concerning the hostage-taking and unsuccessful rescue attempt will be released.

Israeli documents made public a decade ago around the 40th anniversary of the incident alleged that Germany failed to provide sufficient security, and also highlighted failures by Israel’s security forces.

The incident has remained a contentious issue in the Olympic movement, with Israel and the victims’ families having long campaigned for some official recognition. But they had to wait until the 2016 Rio Games for what was called a “place of mourning” to be unveiled in the athletes’ village, and a minute of silence finally being observed during the opening ceremony of the 2020 Tokyo Games.