The European Union is working on a long-term plan to sever the link between natural gas and electricity prices, in a bid to help member nations cope with the fallout from the fast-rising cost of gas, the bloc’s leader has said.

The escalating cost of gas has been driving up the cost of electricity, which in turn has sparked rampant inflation throughout the bloc.

Experts now say the problem, if left untreated, could persist for many years.

Ursula von der Leyen, president of the EU’s executive, the European Commission, said the 27 member nations need an “emergency instrument” that breaks the link between the cost of natural gas and electricity prices.

Skyrocketing electricity prices have pushed up inflation because manufacturers and producers have raised their selling prices to reflect the increased cost of production.

Natural gas prices have risen sharply because of supply disruptions caused by the Russia-Ukraine conflict.

“We have to develop an instrument which makes sure that the gas price no longer dominates the electricity price,” the Associated Press news agency quoted von der Leyen as saying. “We’re seeing now, with these exorbitantly high gas prices, that we must decouple.”

In addition to causing higher electricity costs for manufacturers, the shortage of natural gas has also pushed up domestic heating bills, with a typical household in the United Kingdom, which is no longer an EU member state, now paying 80 percent more for energy than it did a year ago. 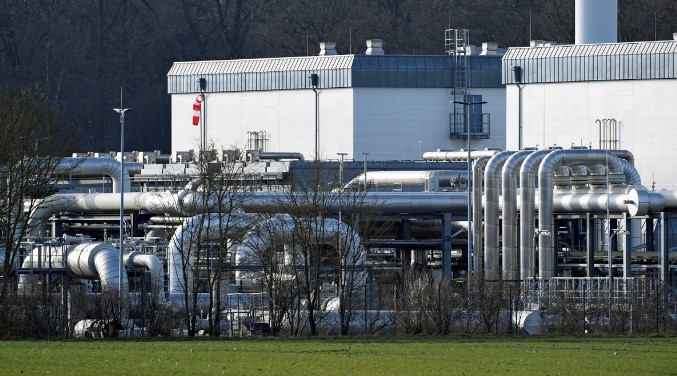 News that Brussels is working on a plan to decouple the cost of gas from the cost of electricity, and for it to diversify the ways in which it generates electricity, followed Ben van Beurden, chief executive of European petrochemical giant Shell, warning that the energy crisis could last for several years, and that rationing could be needed.

The Telegraph newspaper quoted him as saying: “I do not think this crisis is going to be limited to just one winter. It may well be that we have a number of winters where we have to somehow find solutions through efficiency savings, through rationing, and through a very quick build out of alternatives.”

In calling for a freeze on prices in the short term, Tinne Van der Straeten said the bloc could be battling high energy prices for five to 10 years.

Austria’s chancellor, Karl Nehammer, also said something must be done to head off a long-term crisis.

“We have to stop this madness that is happening right now on energy markets,” the BBC quoted him as saying.

The EU is hoping to draw up a first draft of its energy plan in time for an emergency energy council meeting next week.