COVID-19 blamed for extended slide in 2021, though Asians faring better

The average life expectancy of people in the United States dropped for a second consecutive year in 2021, with the decline to 76 years and one month representing a fall of almost a full year from 2020, according to a government report released on Wednesday.

Among racial groups in the US, Asians had the highest life expectancy at 83 years and six months.

In the first two years of the COVID-19 pandemic, the estimated US life span was shortened by nearly three years. The last comparable decrease happened in the early 1940s, during World War II.

Centers for Disease Control and Prevention officials blamed the coronavirus for about half the decline in life expectancy in 2021, a year when vaccinations became widely available but new virus variants caused waves of hospitalizations and deaths.

Life expectancy is an estimate of the average number of years a baby born in a given year might be expected to live, given death rates at that time. It is “the most fundamental indicator of population health in this country”, said Robert Hummer, a University of North Carolina researcher.

Life expectancy in the US had risen for decades, but progress stalled before the pandemic.

“Even small declines in life expectancy of a tenth or two-tenths of a year mean that on a population level, a lot more people are dying prematurely than they really should be,” Robert Anderson, chief of mortality statistics at the National Center for Health Statistics, told The New York Times. “This signals a huge impact on the population in terms of increased mortality.”

Life expectancy for Native Americans and Alaska Native people saw a decline of more than 6.5 years－the highest of any group－since the pandemic began and is at 65 years. 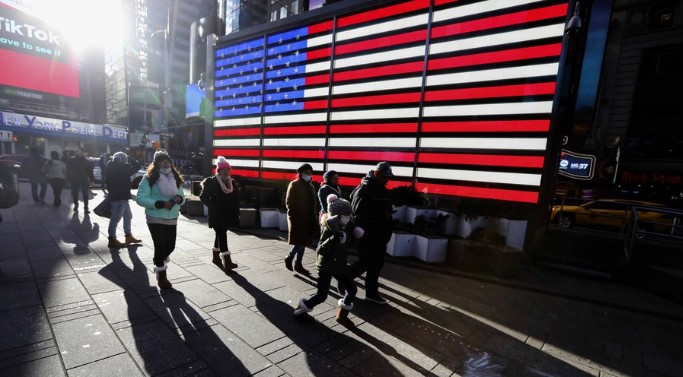 The decline among Native Americans was driven by higher COVID-19 death rates than in 2020, unintentional injuries, and chronic liver disease and cirrhosis.

For Asian Americans, the figure of 83 years and six months represents a decline of about two years.

Deaths attributed to COVID-19 were the main reason given for the overall decline. The second-largest contributor was accidental injuries－primarily from drug overdoses, which killed a record 107,000 people in the US last year.

“It is distressing to see a continuing negative impact of drug overdoses on the life expectancy of Americans,” Nora Volkow, director of the National Institute on Drug Abuse, told CNN. “These deaths often occur in young adults and therefore represent a tragically high number of years of life lost and devastating impact on individuals, families and communities.”

White Americans saw the second-biggest drop among racial and ethnic groups, with life expectancy falling by one year, to 76 years and five months. African Americans had the third-largest decline, falling more than eight months, to 70 years and 10 months.

Globally, according to the World Bank Group, in 2020, the latest year for which figures were available, Japan had the highest life expectancy in the world at 84.6.

Agencies contributed to this story.