LUANDA－Angolan President Joao Lourenco won a second five-year term on Monday after his People’s Movement for the Liberation of Angola, or MPLA, party emerged victorious with a thin majority in last week’s closely fought election, extending its decadeslong rule in the oil-rich country.

He promised to be the “president of all Angolans” and to open dialogue after the electoral commission announced the results, which saw the opposition make large gains while his party won by a slim majority.

“This is a victory for Angola and Angolans,” said the 68-year-old Lourenco in his inaugural address shortly after the announcement of the results of the Aug 24 ballot.

“This vote was a vote of confidence, which gives us the immense responsibility of promoting dialogue and social consultation.”

The National Electoral Commission reported the MPLA won 51.17 percent of the ballots against 43.95 percent for the main challenger, the National Union for the Total Independence of Angola, or UNITA.

Despite the victory, the outcome－the tightest in Angola’s history－marked a record low for the MPLA and might end up in court after UNITA had earlier rejected provisional results. It vowed to file a legal claim, “which will have the effect of suspending the declaration of the final results”, UNITA Secretary-General Alvaro Chikwamanga Daniel said in a video recorded overnight.

Four members of the 16-strong electoral commission did not sign off on the final tally, poll officials said.

The MPLA has traditionally wielded control over the electoral process, and opposition and civic groups had raised fears of voter tampering. 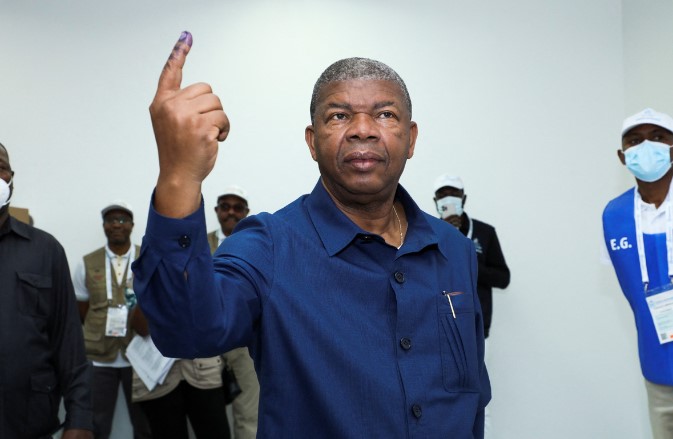 International observers raised concerns over the electoral roll, but most said voting was peaceful and well organized.

Alex Vines, of think tank Chatham House in the United Kingdom, said while UNITA was likely to challenge the count, the former rebel movement had reasons to be happy.

“It’s an amazing result for UNITA when you think that 20 years ago, they were defeated on the battlefield,” he said.

The results gave the MPLA 124 of the 220 parliamentary seats, while UNITA won 90.

This election has been overshadowed by a struggling economy, inflation, poverty, drought and the death of Lourenco’s predecessor Jose Eduardo dos Santos.

Dos Santos was buried in the capital Luanda during a solemn funeral on Sunday.

The opposition has proved popular in urban areas, winning in Luanda and among youth disaffected with the ruling party.