More than 40 container ships are waiting for a port berth off Southern California’s coast, and containers are stacked high at port terminals waiting to be moved by truck or rail as the upcoming holiday buying surge increases the backlog at the ports of Los Angeles and Long Beach.

On Wednesday, 43 container ships were at anchor, waiting for a berthing space, according to the Marine Exchange of Southern California, which tracks ship traffic in the area.

The Los Angeles and Long Beach ports account for about a third of US imports, serving as a primary source of goods from China. They are among the busiest in the US and broke records several times in the past week, including for container ships waiting outside the ports: 47 on Sept 5. The prior record was 40 in February.

The wait time for those vessels to get into port can be five days, and it may take 10 more days for a container to be loaded on a truck or train, according to port officials.

The congestion is largely due to the buying surge in anticipation of the holiday season, said Gene Seroka, executive director of the Port of Los Angeles, in a monthly update last month. August and September are peak periods for commerce from China, as businesses stock up ahead of the holidays, he said.

Buying by US consumers remains “in full force” and “this remarkable, sustained import surge is pushing the supply chain to new levels”, said Seroka. With the backlog, he suggested shoppers consider starting on their gift lists a bit earlier this year.

Both the Ports of Los Angeles and Long Beach experienced congestion throughout last year. It is a result of increasing demand, labor shortages and COVID-19-related disruptions, said industry experts. 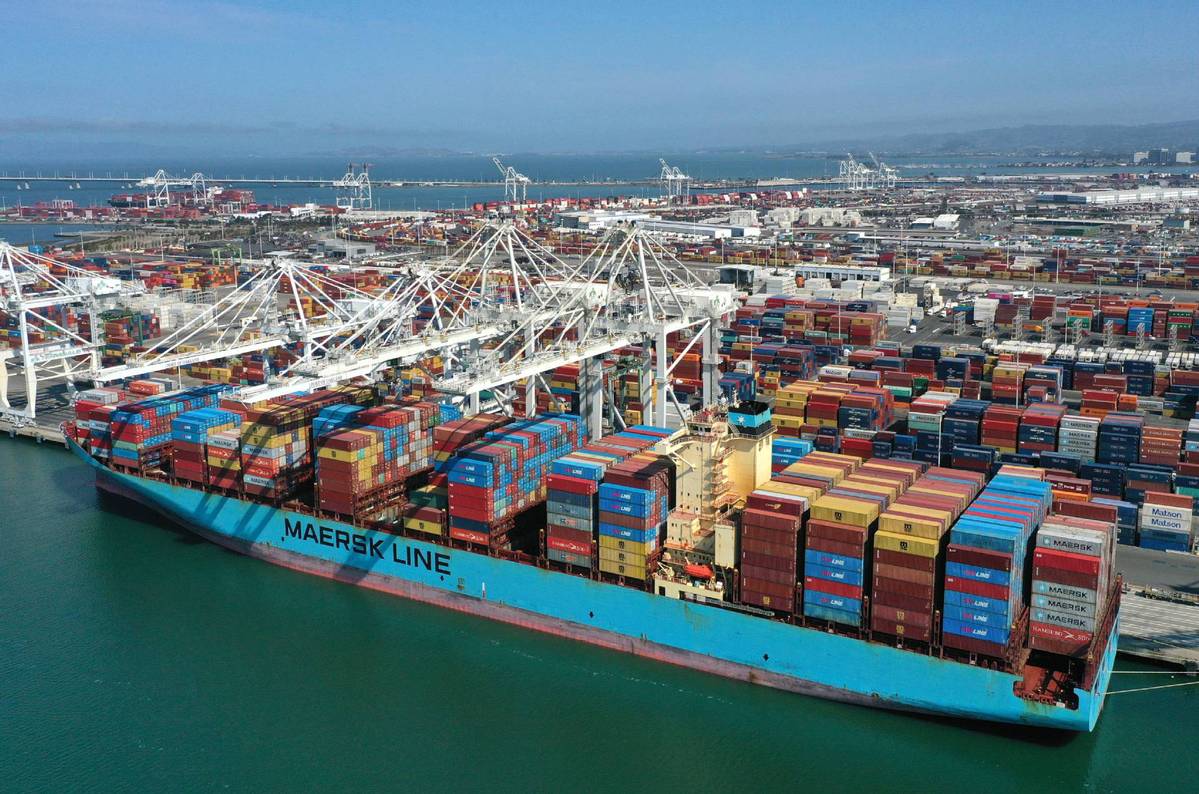 Because of COVID-19 restrictions, longshoremen can no longer work in teams close to each other, causing further delays. The shortages of truck drivers and warehouse workers also are making shipping delays worse.

In Northern California, the Port of Oakland expects increased cargo volumes from Asia in the coming months. Though the yearlong cargo surge slowed and volumes dipped in July, port officials said volumes should increase again from August through October.

Those are peak shipping months for retailers building holiday inventories, said Port of Oakland Maritime Director Bryan Brandes. He said the lower volumes were a result of shipping lines omitting several voyages to Oakland because the surging shipments stacked up on docks had caused delivery delays in the first half of this year.

The supply chain disruption has led to spikes in shipping rates as retailers and manufacturers raced to restock inventories depleted during the pandemic, said experts.

The shipping rate on the China to US West Coast route has been rising dramatically since April. According to data from freight-tracking firm Freightos, the average price per 40-foot container on that route was less than $4,500 in March, and it has more than doubled to over $10,000 in September, compared with $2,032 in the same period last year.

A recent survey by the National Retail Federation found that 97 percent of retailers indicated they have been affected by port and shipping delays, and more than two-thirds said they had to add two to three weeks to their supply chains because of the congestion.

The logjam at US ports has prompted the federation to call on the White House to address the issue. The retail trade group said in a letter to President Joe Biden that the congestion has caused “significant challenges”, including inventory shortages, and increasing transportation and warehousing costs. It warned that the problem is threatening the country’s economic recovery this year.

Biden said in a speech last month that the administration was tracking congestion at the ports of Los Angeles and Long Beach, and promised to bring port operators, shipping lines and labor unions together to speed up their operations.

But port leaders aren’t very optimistic about mitigation soon. Mario Cordero, executive director at the Port of Long Beach, told The Wall Street Journal that many people think the congestion is going to continue through the summer of 2022.