Chinese investments in renewable energy in Africa are bringing hope to a continent where power shortages are common, with the green-themed projects also winning kudos for helping to tackle climate change.

From the Sakai photovoltaic power station in the Central African Republic and the Garissa solar plant in Kenya to the Aysha wind farm in Ethiopia and Zambia’s Kafue Gorge hydroelectric station, China has implemented hundreds of clean-energy projects in sub-Saharan Africa.

The projects are seen as crucial at a time when the effects of climate change are causing increasing concern across the globe－including the heat waves that have hit parts of North Africa and a drought devastating communities across the Horn of Africa.

Liu Yichao, the business manager for China Jiangxi International Kenya, said the company has always been committed to improving the level of infrastructure and people’s well-being in Africa in many fields, including renewable energy. In his role, Liu is in charge of several projects across East Africa.

“We operate in different construction sectors and we have implemented projects in Kenya, Ethiopia, Uganda and Tanzania in the East African region,” Liu said. “Even though we are a construction company and have built infrastructure like bridges and hospitals in Africa, we also participate in setting up renewable energy facilities like hydroelectric dams and solar power stations.

“One of our latest projects is the Koru-Soin multipurpose dam in western Kenya. The objective is to build a comprehensive water conservancy project integrating flood control, water supply and irrigation functions.”

In May, the company, as the general contractor, signed the contract for the project with Kenya’s National Water Harvesting and Storage Authority.

Costing more than $190 million, the dam will have a storage capacity of 93.7 million cubic meters. It will provide 72 million liters of water a day for domestic use, irrigate 2,570 hectares and generate 2.5 megawatts of hydropower to be added to the national grid.

The Chinese company is also building the Mwache multipurpose dam in the Kenyan coastal county of Kwale.

The Garissa solar plant stands as another example of Sino-African cooperation. The 54.6 MW plant in eastern Kenya is the largest grid-connected solar power plant in East and Central Africa. The plant was also built by China Jiangxi.

James Mureithi, the lead engineer at Kenya’s Rural Electrification and Renewable Energy Corp, said the solar farm was built with an investment of $135.7 million and was funded by the Export-Import Bank of China. It occupies 85 hectares and consists of 206,272 solar panels.

“Generation of power at the solar farm commenced in November 2018,” Mureithi said. “Going by our reports as of March 2021, a total of 215,918 megawatt-hours was generated and exported to the national grid at an average daily generation of 247 megawatt-hours.

“Currently, this project is contributing about 2 percent of the national energy mix and has led to a significant reduction in energy costs in the country while promoting the development of clean, reliable, sustainable and affordable electricity.”

Simon Gicharu, chairman of the Rural Electrification and Renewable Energy Corp’s board of directors, said 147 new solar power plants are envisioned across Kenya, following the success of the Garissa plant. The project will target, in addition to Garissa, solar-intensive places such as Mandera, Lamu, Wajir, Tana River and Turkana.

“The Kenyan government will not rest on its laurels because the short-term results produced by the largest solar power plant in East Africa at Garissa are encouraging,” Gicharu said. “The power plant has proved to be an exemplary project, with many environmental benefits. That is why we will now invest more in solar power projects.”

Liu said that his company’s policy is to share knowledge and expertise on green energy with local technicians. When the company finished building the Garissa solar station, they handed it over to the Kenyan government after ensuring that it was up and running and well staffed. 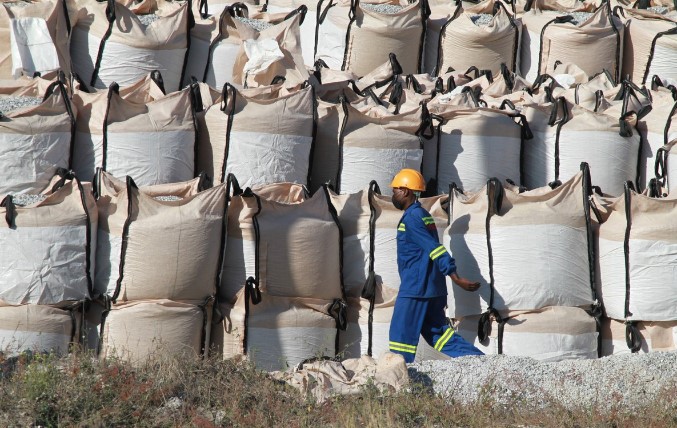 “Since the plant started operations, we continue to work with the client, who in this case is Rural Electrification and Renewable Energy Corp, by sending over technicians when needed,” Liu said.

Other notable green energy projects undertaken in Africa by Chinese companies include the De Aar wind farm in South Africa. The project was led by China’s Longyuan Power through its South African subsidiary, Longyuan South Africa Renewables. The installed capacity of the project’s 163 wind turbines is 244.5 MW.

In Zambia, Sinohydro Corp is building the Kafue Gorge hydropower station at a cost of $2 billion. The project, which is financed by Export-Import Bank of China and Industrial and Commercial Bank of China, is expected to have installed capacity of 750 MW once fully operational.

Despite increased investment in Africa’s green energy with the acceleration of Chinese investment, experts said that African governments must demonstrate their determination for a clean energy transition through policies and incentives.

In a report titled “China’s Investments in Renewable Energy in Africa” published last year by the United Nations Environment Programme, experts said governments should open up the generation, distribution and transmission sectors to private players. A shortage of capital to finance such projects, along with the lack of a conducive environment for private companies, is among the challenges facing the continent, the report said.