Disney has revealed that Marvel’s Eternals will launch exclusively in theaters when it arrives in November.

In an announcement posted to the Walt Disney Company’s website, the studio confirmed that Eternals won’t receive a day-and-date release in cinemas and on Disney Plus later this year.

Due to Shang-Chi’s recent box office success, it had been expected that Disney would opt to solely release Eternals in theaters. Now, though, we have official confirmation that this will be the case, with Eternals getting a 45-day exclusive theatrical window following its November 5 release. That means Eternals won’t arrive on Disney Plus until December 20 at the earliest.

Marvel’s Eternals: release date, trailer, cast, plot and more
How to watch the Marvel movies in order
Watch the first trailer for Marvel’s Hawkeye TV show here
As well as Eternals, Disney will give 45-day exclusive theatrical windows to the rest of its 2021 film slate. The Last Duel, Ron’s Gone Wrong, West Side Story and The King’s Man will also only arrive in cinemas following their subsequent launches. 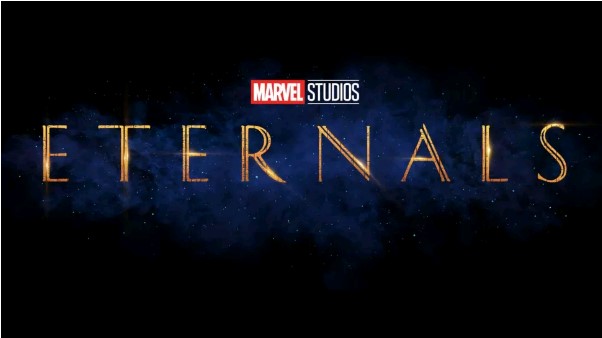 Disney’s animated Encanto film, meanwhile, has a 30-day exclusivity window once it arrives in theaters on November 24. It’ll be available on Disney Plus from December 24 onwards.

“Following the tremendous box office success of our summer films which included five of the top eight domestic releases of the year, we are excited to update our theatrical plans for the remainder of 2021,” Disney’s Media and Entertainment Distribution Chairman Kareem Daniel said.

“As confidence in moviegoing continues to improve, we look forward to entertaining audiences in theaters, while maintaining the flexibility to give our Disney Plus subscribers the gift of Encanto this holiday season.”

As Daniel alluded to, the studio has enjoyed plenty of success outside of the MCU, too. Jungle Cruise, which arrived in late July, is $3.2 million shy of amassing $200 million globally (per Box Office Mojo), while Ryan Reynolds’ Free Guy has landed $276.5 million since its August 13 launch.

Disney, then, seems confident that audiences are starting to return to theaters to catch the latest movie releases. The studio has five of the top 10 most successful box office films so far this year, including Black Widow, which currently holds the top spot with a worldwide taking of $372.7 million.

Black Widow’s monetary haul, though, could have been higher. As a result of the Covid-19 pandemic, the Scarlett Johansson-starring superhero flick received a simultaneous theatrical and Disney Plus Premier Access release when it arrived on July 2.

Johansson and box office analysts believe that the film’s subsequent launch model resulted in its reduced takings, with the movie seeing a 67% drop in ticket sales (per Deadline) between its first and second weekends at the box office.

Johansson’s team has since confirmed that they plan to sue Disney for breach of contract. Per the Wall Street Journal, the studio failed to make a counteroffer to the $100 million compensation package that the actor’s representatives put forward, hence the lawsuit.

Despite rising cases of the Covid-19 Delta variant, it appears that Disney doesn’t want a repeat scenario for the rest of its 2021 movie slate. Shang-Chi’s box office success, too, has seemingly convinced the studio that a return to exclusive theatrical releases is the way forward.

So Eternals will follow in Shang-Chi’s, and not Black Widow’s, footsteps when it comes to its release. For a movie that’s said to be one of the most cinematic in the MCU’s history (Nomadland director Chloé Zhao helms it), Eternals needs to be seen on the big screen. And, in some respects, it appears that Disney agrees.

Spider-Man: No Way Home: what we know so far
Tom Power
Tom Power

As TechRadar’s entertainment reporter, Tom can be found covering all of the latest movies, TV shows, and streaming service news that you need to know about. An NCTJ-accredited journalist, Tom also writes reviews, analytical articles, opinion pieces, and interview-led features on the biggest franchises, actors, directors and other industry leaders.

Away from work, Tom can found checking out the latest video games, immersing himself in his favorite sporting pastime of football, and petting every dog he comes across in the outside world.